Almost 200 years ago, two tragedies on opposite sides of the Atlantic Ocean gave way to an unforgettable act of kindness. A stainless steel sculpture in Midleton, Ireland, now pays homage to that kindness. Nine eagle feathers, reaching over six meters high, celebrate a gift from the Choctaw Nation of the south eastern United States to the Irish during the Great Potato Famine. The sculpture is a reminder that compassion flourishes in even the darkest hours of history. The corrosion resistance of molybdenum-containing stainless steel helps the sculpture and the legacy it represents endure. 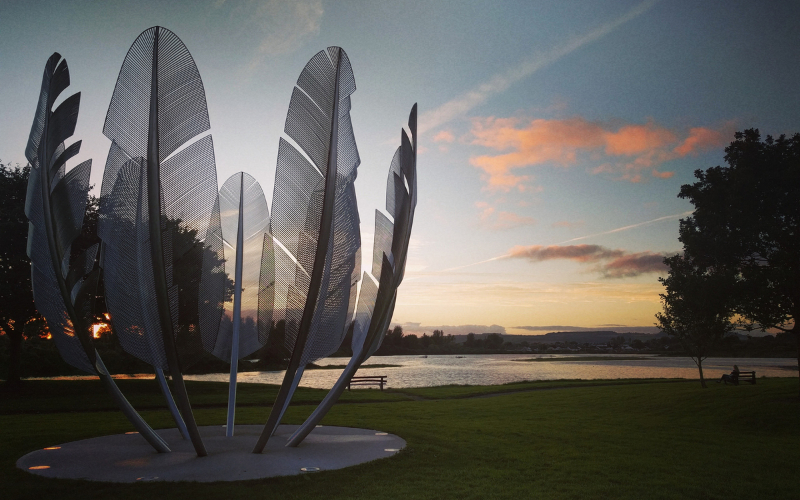 Following the 1830 Indian Removal Act, several Native American groups living in the south eastern United States were relocated forcibly to make way for agricultural production. In 1831 the Choctaw, native residents of Mississippi, became the first people to walk to designated lands in Oklahoma, over 800 kilometers away. Thousands died along this harrowing march, known as the "Trail of Tears". Nevertheless, when the Choctaw learned that a potato blight hit Ireland during the 1840's, causing one million people to die of famine and another 600,000 to emigrate, they decided to help. Though poverty stricken and fleeing persecution, the Choctaw collected approximately 170 U.S. dollars, the equivalent of around 5,000 dollars today, and donated it to starving Irish families.

Read more about the role that Type 316L stainless steel, containing 2 percent molybdenum, is playing in ensuring this sculpture's delicate design has the corrosion resistance necessary for this demanding costal environment and the structural strength required to withstand complex high winds.