In ancient times a number of substances were collectively known by the Greek word ‘molybdos,’ meaning lead-like. Molybdenite (MoS2), the most abundant molybdenum-containing mineral, was in this class along with lead, galena, graphite and others. Though they did not distinguish between these various compounds, the ancients certainly used molybdenite. One example of their insight, a 14th century Japanese sword, has been found to contain molybdenum as an alloying element.

In 1768, the Swedish scientist Carl Wilhelm Scheele determined that molybdenite was a sulfide compound of an as-yet unidentified element, by decomposing it in hot nitric acid and heating the product in air to yield a white oxide powder. In 1782, at Scheele's suggestion, Peter Jacob Hjelm chemically reduced the oxide with carbon, obtaining a dark metal powder that he named 'molybdenum.'

Molybdenum remained mainly a laboratory curiosity until late in the 19th century, when technology for the extraction of commercial quantities became practical. Experiments with steel demonstrated that molybdenum could effectively replace tungsten in many steel alloys. This change brought weight benefits, since the atomic weight of tungsten is nearly twice that of molybdenum. In 1891, the French company Schneider & Co. first used molybdenum as an alloying element in armour plate steel. 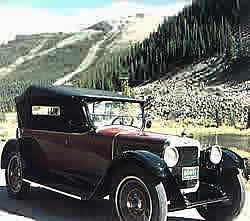 Demand for alloy steels during World War I caused tungsten demand to soar, severely straining its supply. The tungsten shortage accelerated molybdenum substitution in many hard and impact-resistant tungsten steels. This increase in molybdenum demand spurred an intensive search for new sources of supply, culminating with the development of the massive Climax deposit in Colorado, USA and its startup in 1918.

After the war, reductions in alloy steel demand triggered intense research efforts to develop new civilian applications for molybdenum, and a number of new low-alloy molybdenum automotive steels were soon tested and accepted. In the 1930s, researchers determined the proper temperature ranges to forge and heat-treat molybdenum-bearing high-speed steels, a breakthrough that opened large new markets to molybdenum. Researchers eventually developed a full understanding of how molybdenum imparts its many cost-effective benefits as an alloying element to steels and other systems.

By the end of the 1930s, molybdenum was a widely accepted technical material. The conclusion of World War II in 1945 once again brought increased research investment to develop new civilian applications, and the post-war reconstruction of the world provided additional markets for molybdenum-containing structural steels. Steels and cast iron still comprise the single biggest market segment, but molybdenum has also proven to be invaluable in superalloys, nickel base alloys, lubricants, chemicals, electronics and many other applications.