Feeling the rush of adrenalin is part of the appeal of rock climbing to its many enthusiasts, although the sport is much safer now than it used to be, thanks to the permanent climbing anchor. These metal rings, permanently embedded in the rock face, greatly increase safety by providing a secure fastening for safety ropes, and are commonly made from molybdenum-alloyed stainless steel. 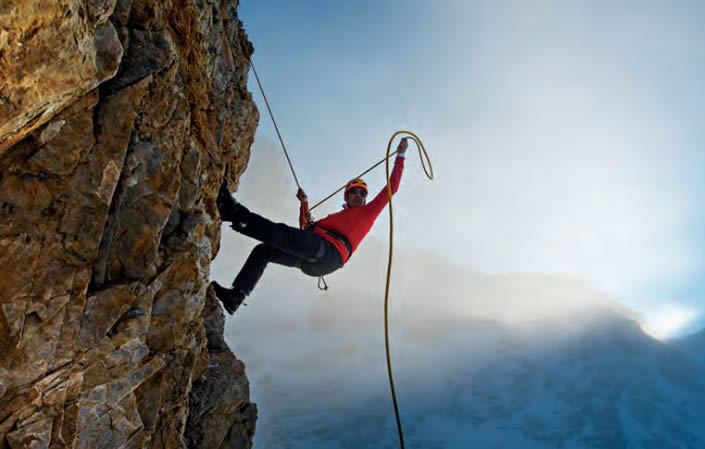 Rock climbers used to scale ‘virgin’ rocks using temporary anchors but routes fitted with permanent anchors are now much more common. These have greatly increased the accessibility of the sport to novices, with 60,000 permanent routes established in the U.S. alone since the 1980s.

Anchors are traditionally made of high carbon steel, although they have proved susceptible to corrosion and dangerous to use after some time. Stainless steel anchors have therefore become more popular with Type 304 (without molybdenum) popular in North America and Type 316 (containing 2-3% molybdenum) more common in Europe.

As the sport has become more and more popular, climbing routes have been discovered and developed all over the world, many in coastal locations that challenge even these corrosion-resistant materials. Hence rock climbing’s international body, the UIAA, developed a draft improved standard for anchor safety in 2016.

You can read more about molybdenum’s role in rock climbing anchors in MolyReview, in which we showcase some of the most interesting and amazing uses of molybdenum. Jump straight to this article here.